Arguably, one of the first patent trolls was George B. Selden. In 1878, Selden designed a one-cylinder gasoline powered engine, which featured an enclosed crankshaft. The next year, he filed for a patent not only for the engine but also for its use in a 4-whelled automobile. Knowing that no one at the time could make such a contraption, Selden embarked on a 16-year campaign of filing frivolous amendments to his patent application. Some of his amendments reportedly were as simple as changing a word from “and” to “the”. By 1895, companies were racing one another to produce automobiles and at the same time, Shelden’s patent was granted – The Selden Road-Engine (U.S. Patent 549,160).
The patent covered “the production of a safe, simple and cheap road locomotive light in weight, easy to control, and possessed of sufficient power to overcome any ordinary inclination.” It would have a steering mechanism, either one or several cylinders, a clutch, a brake, and so forth. Despite being rather vague, it was sufficient for the times. Consequently, George Selden, despite never having gone into production with a working model of an automobile, had a credible claim to have patented automobile in 1895. Selden incredibly obtained the patent for the idea of a car.
In 1899, financier William Whitney, was interested in buying a car company but first conducted a patent search. This led him to Selden. Whitney purchased Selden’s patent for $10,000 and 5% of a royalty income. Whitney immediately began sending cease and desist letters to all car manufacturers in the US. As is still the common practice today, responses were either hostile or non-existent and Whitney began to sue, starting with the Alexander Winton as their first target, then the foremost carmaker in America. A victory over the largest carmaker would, as it still does, cause smaller players to cower and line up for licenses.
Winton eventually settled the infringement lawsuit, as the lengthy proceeding were a financial burden. Whitney gave Winton generous terms, and a group of car companies now in the financier’s camp founded an organization called the Association of Licensed Automobile Makers (ALAM) to go after other infringers. Carmakers that joined ALAM paid royalties but enjoyed benefits from ALAM’s control of the automobile industry. ALAM used its strength to control the industry and limit competition. ALAM’s stated goal was to protect the public from unscrupulous carmakers producing inferior products. Limiting competition was likely the driving force.
Prospective carmakers had to apply to ALAM for a license. An ALAM board, composed of already established and leading carmaker owners, had to unanimously approve the applicant. Not only did ALAM go after carmakers, they went after cars imported into the US and even the car owners who had purchased a car from an unlicensed manufacturer. Henry Ford’s application was denied. Ford had started two previous car companies that had failed. ALAM used that as an excuse to deny Ford a license.
Ford nonetheless, continued to proceed with creating a company and eventually produced his enormously popular Model T. ALAM sued. The legal fight lasted eight years, generating a case record of 14,000 pages. Ford lost. In his decision, Judge Charles Merrill Hough in the federal court for the southern district of New York ruled in favor of the Selden interests— writing that the patent covered any automobile propelled by an engine powered by gasoline vapor. Holdouts, hoping that Ford would be successful at invalidating the Shelden patent capitulated. General Motors threw in the towel and payed ALMA $1 million in back royalties.
Posting a bond of US$350,000, Ford appealed, and on January 10, 1911 won his case based on an argument that the engine used in automobiles was different from the engine claimed in the Shelden patent. In fact, no one had ever made car that read on the claims for the Shelden patent.
Ford was suddenly a hero and the court decision even benefited the members of the ALAM, because they too were no longer required to pay royalties at a time when auto production was beginning to boom, though they undoubtedly felt some regret about having contributed to the $5 million paid in for royalties under the Selden patent. Selden himself had received about $200,000 of that amount, a tidy sum for a design that never added anything to the development of the gasoline automobile.
Henry Ford had killed the first patent troll. 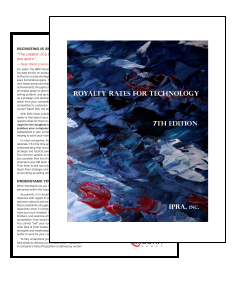 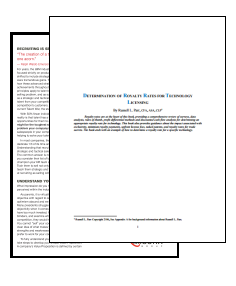